Hobos to Street People: Artists’ Responses to Homelessness from the New Deal to the Present
by Art Hazelwood
Published by Freedom Voices, 2011

[dropcap]T[/dropcap]he last thing one would expect an art show and catalogue focusing on poverty to do is inspire, particularly during such challenging economic times. Curator, artist and author Art Hazelwood has masterfully juxtaposed art created during the Great Depression of the 1930s to the daring perspectives of artists interpreting similar themes today.
Hobos to Street People: Artists’ Responses to Homelessness from the New Deal to the Present is empowering because it validates our experience of an America denied us by mainstream media.
Laws have been won, and agreements signed to ensure that the widespread levels of poverty of the Great Depression won’t reappear. But these laws and agreements have slowly eroded, resulting in the most massive increases in homelessness, hunger and misery since the 1930s.
The federal government has decimated federally subsidized housing and terminated Aid to Families with Dependent Children, the lifeline welfare programs launched under the New Deal to lift poor families out of abject poverty. In destroying these programs, the U.S. government has broken the promise it made at the height of the Depression that poor families would not be allowed to sink below a certain level of economic misery. 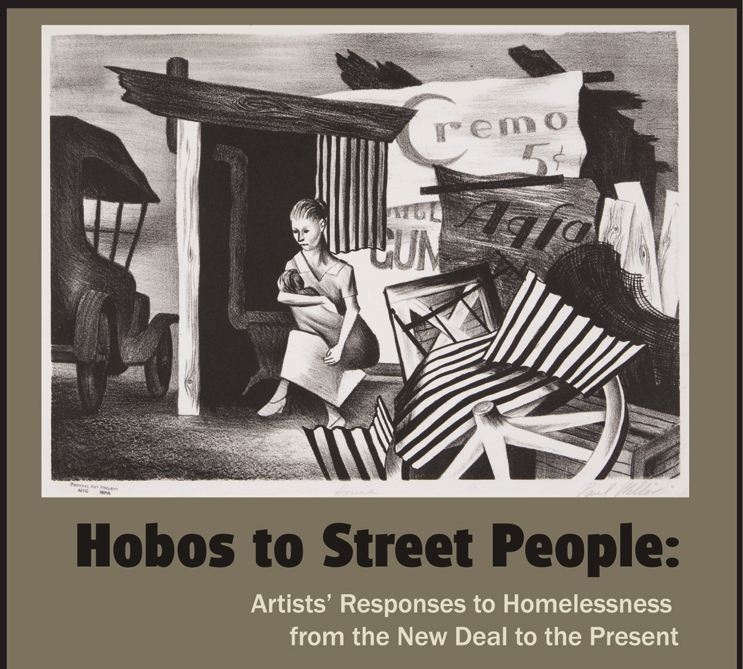 Freedom Voices will donate part of the proceeds from book sales to Street Spirit. To buy the book and also donate to Street Spirit, visit http://freedomvoices.org/new/hobos and enter Spirit in the coupon code/comments section of the online order form.