They flagrantly violate the law. They don’t care about ordinances or regulations. They claim they have to ignore restrictions as a matter of necessity, because what else can they do?
No, we’re not talking about homeless people, or panhandlers, or itinerant wanderers hitchhiking up and down the coast. We’re talking about Berkeley home and apartment owners who have figured out that hitching a ride on Airbnb’s “sharing economy,” although entirely illegal, can make them lots of money.
San Francisco-based Airbnb was founded in 2008 as a way for vacationers to book what their website calls “unique accommodations around the world.” Cutting to the economic heart of the matter, Airbnb boasts that it is “the easiest way for people to monetize their extra space and showcase it to millions.”
The Berkeley City Council meeting on Tuesday, June 23, had at least a dozen people claiming that without the extra income they were making on short-term rentals they would lose their homes.
Lose their homes — an especially chilling prediction after the Homeless Task Force’s push earlier that evening for a monolithic, one-stop “resource center” touted as a final solution to homelessness by anointed service providers and a graft-ridden boondoggle by others.
The typical Berkeley liberal would rather die than panhandle (a legal activity) but apparently has no issue with standing at the televised council meeting acknowledging that they routinely break the law.
The short-term rental of an empty bedroom is presented as benign by “sharing economy” fans who enthuse about “disrupting” conventional business models and point to lucrative ride-sharing businesses like Uber as unstoppable, which might be the case in Berkeley.
Members of the Berkeley City Council might see the potential for a collision of interests between homeowners making money off the kids’ old bedroom and the neighbors now living next to a swinging party zone for out-of-towners, but they figure they’ll pour a few regulations over the top and have a new tax stream.
To citizens who notice too late that their neighborhood no longer has peace, or parking, or a sense of connection, the City Council will look like it did something. There will be an avenue for taxation, a complaint mechanism and suddenly decades of efforts to protect neighborhoods from commercial impacts through zoning will be so shot with holes it will be useless.
The “sharing economy” is not about sharing. It is about making money off your home, your car, any resource you have. And making money off a neighborhood with little say in the matter and a community that needs more stability and housing, not less, for the inhabitants who are already here; and profiting at the expense of hospitality businesses and taxi drivers who struggle to comply with regulations and try to pay living wages. 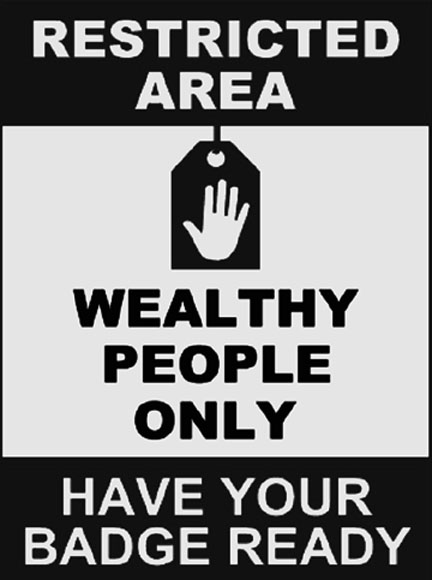 Our minimum-wage workers already can’t earn enough to pay market-rate rents in any state in the union. They have no way to compete with wealthy out-of-towners who find it fashionable to vacation on the cheap in what would have been an available apartment they could at least have shared with another.
Offering no objection to Airbnb and Uber, which have market capitalizations in the billions, cheapens community values and creates a larger community burden for the sake of the few short-sighted people who see a personal benefit for themselves alone.
The Berkeley City Council affirmed a vague recommendation for regulation which will bounce through various commissions, but they should have cited our housing crisis and just said no.
People literally sleeping on the street cannot seem to move their hearts, but cash-poor homeowners looking to monetize their million-dollar asset seem to have no trouble getting through.