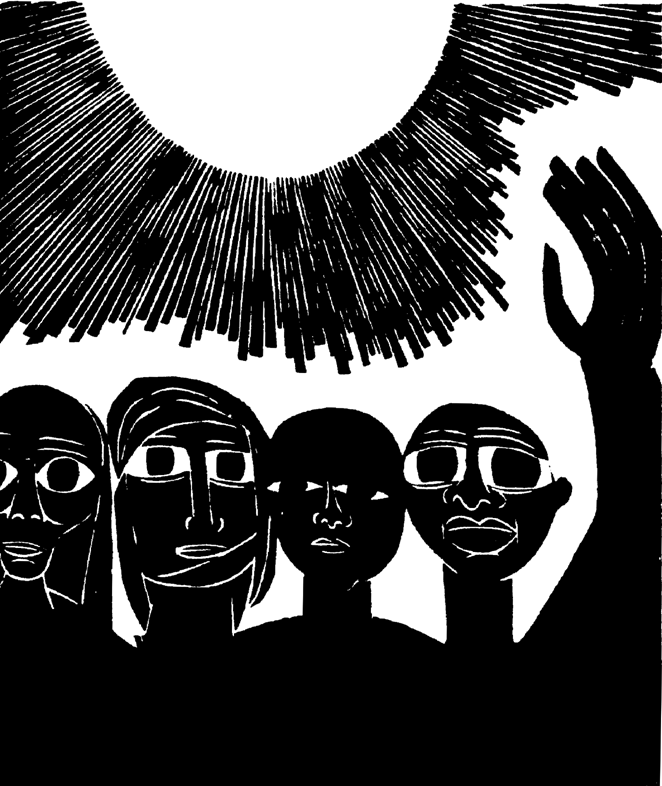 [dropcap]I [/dropcap]was sitting at a cafe watching the world go by when I saw him. He carried the world on his shoulders as he crossed the street with his dog. I saw a man greet him, ask him how things were going and pull money out of his pocket and give it to him.
I said, “That is very nice of you.”
He said, “I know him. I used to serve food to the homeless at the church.”
I asked him, “Are you a healer or a holy man?”
An uncomfortable silence fell between us and he looked down. After a moment he said, “I’m gay,” and snapped his rainbow-colored wrist band.
Confused, I nodded. He smiled through his pain when he said, “I used to be a priest. I was feeding homeless people and I loved it. I also had a prison ministry. I was visiting people in prison when I met him. After months of pastoral care visits where I would counsel him, it finally came out that we both had fallen in love with each other.” He moved his body uncomfortably and said, “When the church found out, I was kicked out.”
He flushed red and I said, “I am so sorry.” He tried to shake it off with words from a former faith, “I do believe everything is for a reason.” He choked back tears, saying he missed serving the poor and missed his ministry.
I said, “You can still serve, maybe in a new way.”
He found his grounding. “Yes, It has taken me a few years to figure that out.” His face began to shine when he said, “He will be out next year. We write to each other every day and when he gets out, we will get married.”
I said, “That is great. Maybe somehow it was an answer to a prayer!”
He shook his head in agreement. “Yes, I believe it was.” He described how outraged he was at the criminal justice system, spitting statistics that spoke to racial and class injustice and he clenched his fists in anger. He said, “I had no idea before I started visiting him.”
I said, “Maybe when he gets out, you two will go on a national speaking tour and raise awareness.”
He was struck silent as his eyes stared off into the distance. His face was full of a new idea when he turned to me and said, “Huh, maybe we will.” He asked, “Wait, what about you, are you a healer or a holy person? What do you do?”
I said, “This — bear witness.”
He said, “I believe you are a holy person.”
I smiled. “Takes one to know one.”
He smiled and wiped away a tear. A car pulled up and as he went to get in it, his hand with the gay band raised up and he said, “Bless you, Child.”
I was watching him drive away when a homeless person who had been sitting near us said, “I believe in miracles.”
I turned to him and said, “Oh yeah?”
He said, “One time, I prayed and asked God to give me a dollar and I had walked away for a moment and when I came back to my can, somebody had given me two dollars!”
I said, “That is great! You are not alone.” Full of joy, he walked across the street.
I was sitting at a cafe watching the world go by when the world came to me and taught me about answered prayers and belonging.